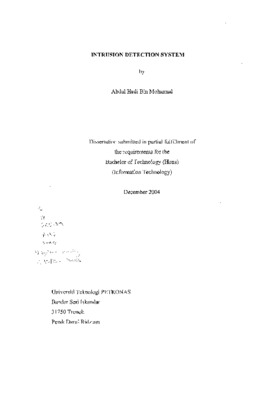 An Intrusion detection system is generally considered to be any system designed to detect attempts compromise the integrity, confidentiality or availability of the protected network and associated computer systems. Intrusion Detection System (IDS) aims to detect attempted compromises by monitoring network traffic for indications that an attempted compromise is in progress, or an internal system is behaving in a manner which indicates it may already be compromised. A host based IDS (HIDS) monitors a single system for signs of compromise. The vast majority of worms and other successful cyber attacks are made possible by vulnerabilities in a small number of common operating system services. Attackers are opportunistic. They take the easiest and most convenient route and exploit the best-known flaws with the most effective and widely available attack tools. They count on organizations not fixing the problems, and they often attack indiscriminately, scanning the Internet for any vulnerable systems. The easy and destructive spread of worms, such as Blaster, Slammer, and Code Red, can be traced directly to exploitation of unpatched vulnerabilities