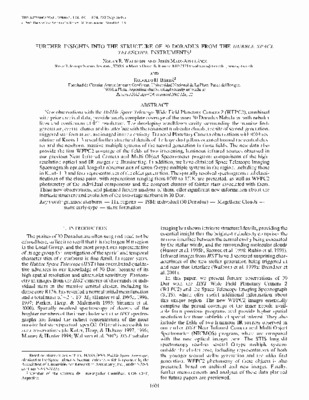 New observations with the Hubble Space Telescope Wide Field Planetary Camera 2 (WFPC2), combined with prior archival data, provide nearly complete coverage of the inner 30 Doradus Nebula in both nebular lines and continuum at 0″.1 resolution. The developing windblown cavity surrounding the massive first-generation, central cluster and its interface with the remanent molecular clouds, the site of second-generation, triggered star formation, are imaged in their entirety. Dithered Planetary Camera observations with 0″.03 resolution of Knots 1-3 reveal further structural details of the large dust pillars oriented toward the central cluster and the newborn, massive multiple systems of the second generation in those fields. The new data also provide the first WFPC2 coverage of the fields of two interesting, luminous infrared sources observed in our previous Near Infrared Camera and Multi-Object Spectrometer program; comparisons of the high-resolution optical and IR images are illuminating. In addition, we have obtained Space Telescope Imaging Spectrograph optical, long-slit observations of seven O-type multiple systems in the region, including those in Knots 1-3 and four representatives of the older generation. The spatially resolved spectrograms and classifications of the close pairs, with separations ranging from 0″.09 to 1″.18, are presented, as well as WFPC2 photometry of the individual components and the compact clusters of fainter stars associated with them. These new observations, and planned further analysis of them, offer significant new information about the intricate structure and evolution of the two-stage starburst in 30 Dor.Facultad de Ciencias Astronómicas y Geofísica