Socioeconomic status (SES) and children's intelligence (IQ) : in a UK-representative sample SES moderates the environmental, not genetic, effect on IQ 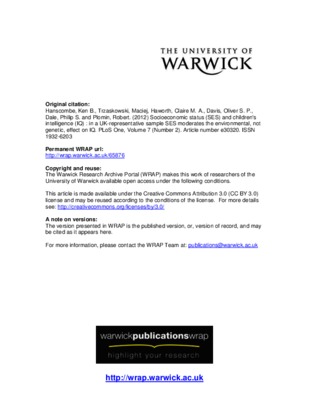 This paper was published in Warwick Research Archives Portal Repository.