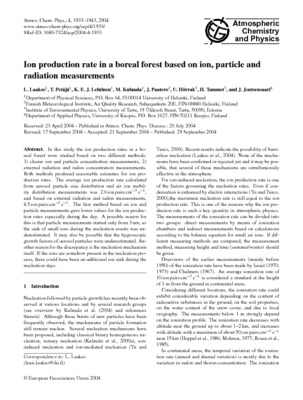 Ion production rate in a boreal forest based on ion, particle and radiation measurements