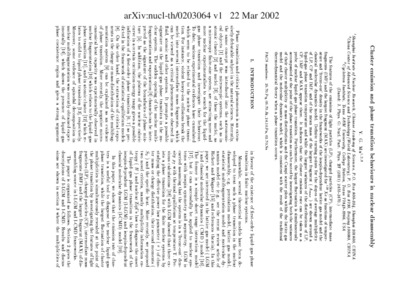 The features of the emissions of light particles (LP), charged particles (CP), intermediate mass fragments (IMF) and the largest fragment (MAX) are investigated for $^{129}Xe$ as functions of temperature and 'freeze-out' density in the frameworks of the isospin-dependent lattice gas model and the classical molecular dynamics model. Definite turning points for the slopes of average multiplicity of LP, CP and IMF, and of the mean mass of the largest fragment ($A_{max}$) are shown around a liquid-gas phase transition temperature and while the largest variances of the distributions of LP, CP, IMF and MAX appear there. It indicates that the cluster emission rate can be taken as a probe of nuclear liquid--gas phase transition. Furthermore, the largest fluctuation is simultaneously accompanied at the point of the phase transition as can be noted by investigating both the variances of their cluster multiplicity or mass distributions and the Campi scatter plots within the lattice gas model and the molecular dynamics model, which is consistent with the result of the traditional thermodynamical theory when a phase transition occurs