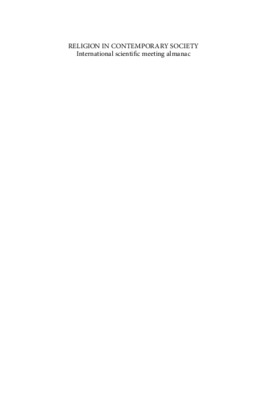 Classical roots of contemporary understanding of Islam as religion of warriors: the implications of Weber’s interpretation of Islamic dogma

By Nataša Jovanović and Vladimir Mentus
Get PDF (668 KB)

Max Weber, one of Europe’s most influential social thinkers of the late nineteenth and early twentieth century, characterized Islam as a warrior religion. As the pillars of Islamic religious ethos Weber saw the warriors from the Arabian Peninsula. The implication of such perception of the social history of Islam, among others, is also emphasizing the militant attitude of Muslims towards members of other religions, as well as the necessity of sacrificing in the religious war to ensure after-death salvation. In this paper the basic postulates of Weber’s interpretation of Islam are presented. Also, we presented the possible (oriental, romantic and realpolitik) causes of this perception. Consequently we exposed data on the attitudes of Europeans towards Islam today, i.e., it was shown that such a (traditional) simplified perspective fits into modern postulates. In the second part, in the context of Weber’s conception, therefore, the attention was paid to attitudes of residents of European countries, primarily Germany, Great Britain, and France, on the potential threat of Islam to their security, and on their perception of Islam, in general