Confucianism in Vietnam and "The Twenty-four Filial Exemplars" 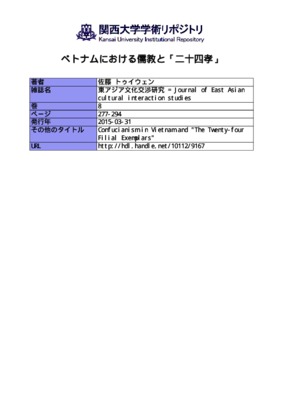