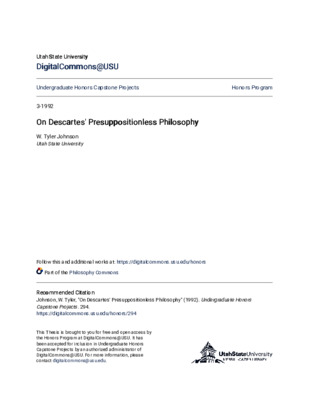 The history of human thought seems to be a quest for truth. Each looking for some evidence of a higher law, the biologist looks at living tissue, the chemist looks in the molecule, and the physicist looks inside the atom while the mathematician looks beyond matter and the theist looks toward God. Uncertainty and ignorance have traditionally been despised and rejected in favor of Knowledge and Rigor by all such scientists. Rene Descartes is commonly understood to be the father of this modernism as he was the first to replace the Church and its authoritarianism with a belief in the ability of the individual to independently reason and discover truth