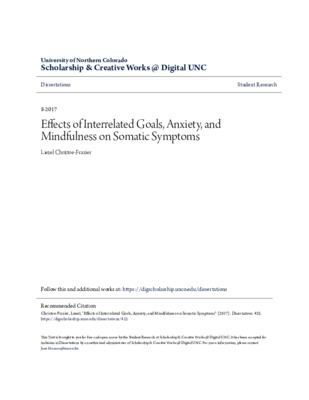 Effects of Interrelated Goals, Anxiety, and Mindfulness on Somatic Symptoms

By Liesel Christoe-Frazier
Get PDF (1 MB)