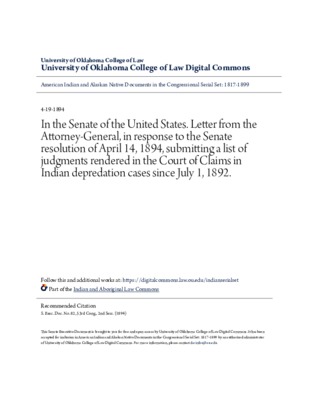 In the Senate of the United States. Letter from the Attorney-General, in response to the Senate resolution of April 14, 1894, submitting a list of judgments rendered in the Court of Claims in Indian depredation cases since July 1, 1892.