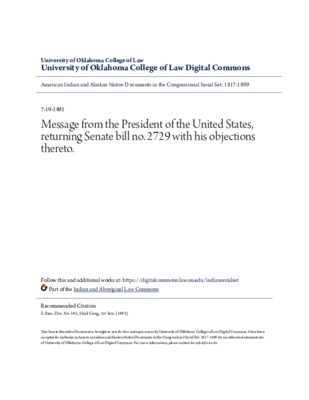 Message from the President of the United States, returning Senate bill no. 2729 with his objections thereto.