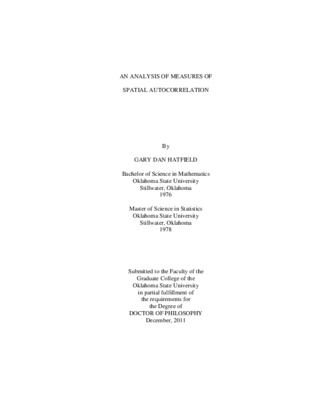 Analysis of Measures of Spatial Autocorrelation