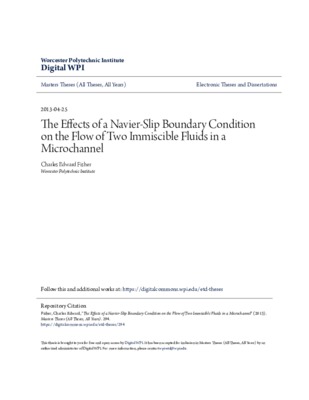 We consider the flow of two immiscible fluids in a thin inclined channel subject to gravity and a change in pressure. In particular, we focus on the effects of Navier slip along the channel walls on the long-wave linear stability. Of interest are two different physical scenarios. The first corresponds to two incompressible fluid layers separated by a sharp interface, while the second focuses on a more dense fluid below a compressible gas. From a lubrication analysis, we find in the first scenario that the system is stable in the zero-Reynolds number limit with the slip effects modifying the decay rate of the stable perturbation. In the case of the Rayeligh-Taylor problem, slip along the less dense fluid wall has a destabilizing effect. In the second scenario, fluid inertia is pertinent, and we find neutral stability criteria are not significantly affected with the presence of slip