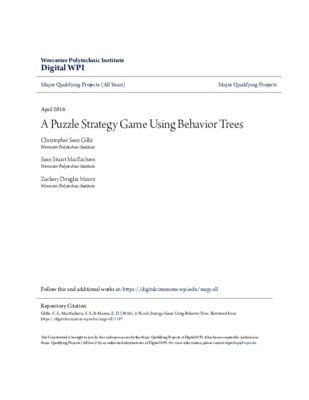 Kill the King is a game created to determine the viability of middleware for building interesting artificial intelligence (AI). The game was developed using the Unity game engine in tandem with the Unity AI plugin RAIN. In Kill the King, the player takes on the role of an assassin tasked with killing a corrupt king primarily through manipulation of both the king and his knights. Creating complex behaviors for the game was fairly quick and easy using RAIN, but the most challenging aspect of the project was conveying the behaviors to the player