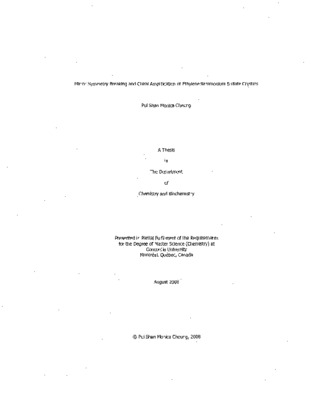 Chiral symmetry breaking is a process that generates one enantiomer largely over the other when a racemic mixture is expected. In nature, one handedness is preferred over the other and it has been shown that chiral molecules, including amino acids, can preferentially adsorb on chiral mineral surfaces such as quartz and calcite. This project investigates the mirror symmetry breaking process of ethylenediammonium sulfate (EDS), an achiral salt that crystallizes into chiral crystals. Here, we investigate the directed mirror symmetry breaking and chiral amplification of EDS in the presence of chiral amino acids using an abrasion/grinding process. The direction of chiral symmetry breaking is strongly dependent on the amino acid and its chirality: (i) for thirteen chiral amino acids, the addition of the D-isomer directed the chiral symmetry breaking process towards homochiral dextrorotatory EDS crystals; whereas the addition of the L-isomer directed the chiral symmetry breaking process towards homochiral levorotatory EDS crystals, (ii) asparagine, tryptophan and tyrosine showed the reverse trend, and (iii) no effect was observed when adding arginine, lysine or methionine to the EDS mixture. In the future, the effect of chiral additives on the surface microtopography of EDS crystals will be investigated using atomic force microscopy and surface etching. The selective adsorption of chiral additives on EDS crystals will also be studied using molecular modeling and isothermal titration calorimetry