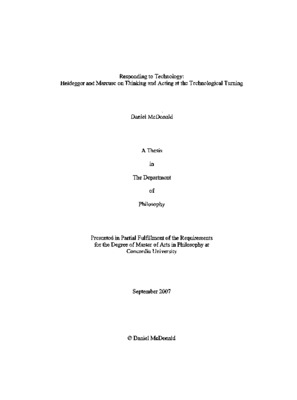 Responding to technology : Heidegger and Marcuse on thinking and acting at the technological turning

By Daniel McDonald
Get PDF (3 MB)