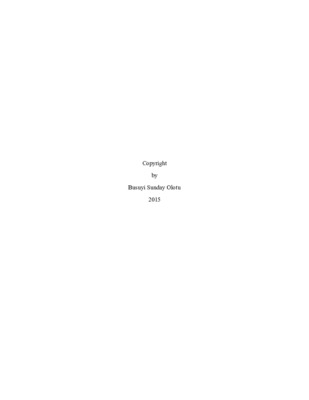 Use of statins and the development of incident diabetes mellitus : a retrospective cohort study

textStatins are pharmaceutical agents used in lowering blood cholesterols levels. Several landmark statin trials have demonstrated the beneficial effects of statins in both primary and secondary prevention of cardiovascular disease. Although statins are generally safe and well tolerated, several studies have suggested that statins are associated with a moderate increase in risk of new-onset diabetes. These observations prompted the FDA to revise statin labels to now include a warning of an increased risk of incident diabetes mellitus as a result of increases in glycosylated hemoglobin (A1C) and fasting plasma glucose (FPG). However, few studies have used US-based data to investigate this statin-associated increased risk of diabetes. Thus, the purpose of this study was to evaluate whether statin use was associated with an increased risk of new-onset diabetes. In addition, this study evaluated whether diabetes risk was increased when patients received intensive statin doses. This study was a retrospective cohort analysis that utilized data from the Thomson Reuters MarketScan® Commercial Claims Database for the period of 2003 - 2004. The study population included new statin users who were aged 20 - 63 years at index and who do not have a history of diabetes. Among the study population (N=116,224), 6.5% (or N=7,593) had incident diabetes. Compared to no statin use, statin use was significantly associated with increased risk of incident diabetes (HR=2.752; 99% C.I.=2.535 - 2.987; p<0.0001). In addition, each statin type (i.e., atorvastatin, fluvastatin, lovastatin, pravastatin, rosuvastatin, and simvastatin) was associated with about a two-fold increase in risk of diabetes. Diabetes risk was highest among lovastatin users and lowest among rosuvastatin users. Furthermore, diabetes risk was higher among intensive-dose statin users compared to moderate-dose statin users (HR=1.540; 99% C.I.=1.393 – 1.704; p<0.0001). Because of the proven benefits of statins in both primary and secondary prevention of cardiovascular disease, and because the potential for diabetogenicity differs among statins, health care professionals should individualize statin therapy by identifying patients who would benefit from less diabetogenic statin types. This could help optimize treatment by providing the highest benefit achievable while reducing the number of patients developing diabetes under statin therapy.Pharmaceutical Science