ECONOMIC EVALUATION OF POWER WAVES AT THE BEACH TEGAL 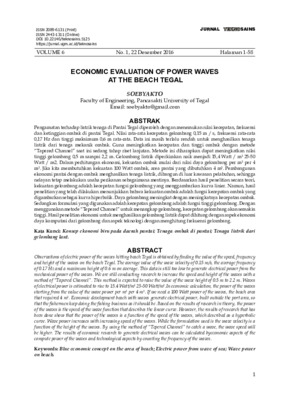