Synthesis and Characterization of Lignin-Based Polyurethane as a Potential Compatibilizer 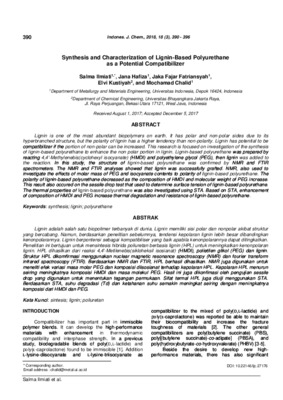