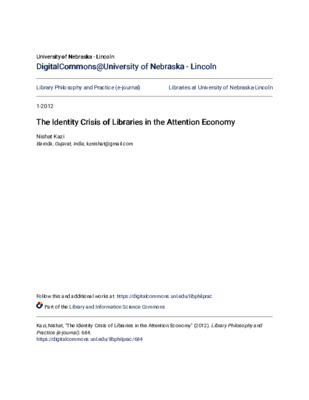 The Identity Crisis of Libraries in the Attention Economy