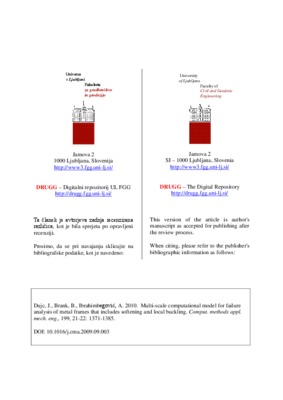 In this work we study the accuracy of modem higher-order shell finite element formulations in computation of 3d stress state in elastic shells. In that sense we compare three higher-order shell models: (i) with seven dislacement-like kinematic parameters, and (ii, iii) with six displacement-like kinematic parameters plus one strain-like kinematic parameter introduced by two different versions of enhanced assumed strain (EAS) concept. The finite element approximations of all shell models are based on 4-node quadrilateral elements. Geometrically nonlinear and consistently linearized forms of considered formulations are given. Several numerical examples are presented, where computed stresses are compared with analytical solutions. It was found that through-the-thickness variation of some (non-dominant) stress tensor components, including through-the-thickness normal stress, may be computed very inaccurately. The reliable representation for those stresses can be interpreted only if the ``layer-wise'' averaging or the through-the-thickness averaging is performed