Contains fulltext : 80290.pdf (publisher's version ) (Open Access)BACKGROUND: The relationships between proteins are often asymmetric: one protein (A) depends for its function on another protein (B), but the second protein does not depend on the first. In metabolic networks there are multiple pathways that converge into one central pathway. The enzymes in the converging pathways depend on the enzymes in the central pathway, but the enzymes in the latter do not depend on any specific enzyme in the converging pathways. Asymmetric relations are analogous to the "if->then" logical relation where A implies B, but B does not imply A (A->B). RESULTS: We show that the majority of relationships between enzymes in metabolic flux models of metabolism in Escherichia coli and Saccharomyces cerevisiae are asymmetric. We show furthermore that these asymmetric relationships are reflected in the expression of the genes encoding those enzymes, the effect of gene knockouts and the evolution of genomes. From the asymmetric relative dependency, one would expect that the gene that is relatively independent (B) can occur without the other dependent gene (A), but not the reverse. Indeed, when only one gene of an A->B pair is expressed, is essential, is present in a genome after an evolutionary gain or loss, it tends to be the independent gene (B). This bias is strongest for genes encoding proteins whose asymmetric relationship is evolutionarily conserved. CONCLUSIONS: The asymmetric relations between proteins that arise from the system properties of metabolic networks affect gene expression, the relative effect of gene knockouts and genome evolution in a predictable manner 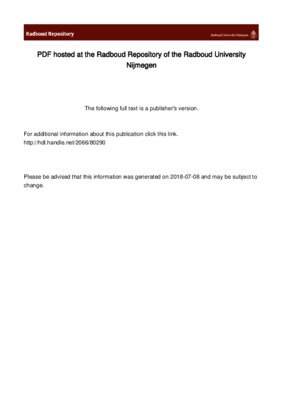