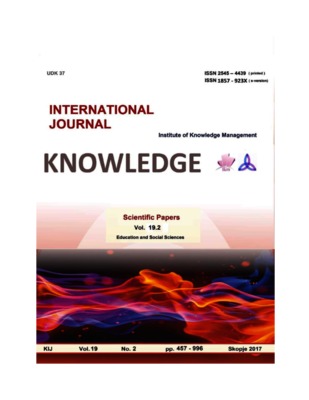 By Ivica Josifovic and Zlatko Keskoski
Get PDF (255 KB)

We live in an online world. Everything we do is connected with the use internet. The Information and Communication Technology has developed so much and contributed towards economic and social benefit. But, on the other side, terrorists and cybercriminals are using cyberspace for criminal actions. Such problem is not local and for single country; it is global and therefore needs a global approach to tackle such criminal actions. Since 2015, the terrorist attacks in France and Belgium have become synonymous with an increased security threat, influencing the public debate and leading EU and member state’s authorities to propose several measures aimed at tackling the issue of increased protection. Among these, the priority given to the fight against terrorism has stressed some specific issues. With criminal activities increasingly moving across borders, the problem of retrieval and use of data on an international basis for crime prevention and investigation of criminal actors has come to the fore. As a starting point, the paper takes into consideration relevant national case studies such as France, Germany and Italy to deepen the understanding of online privacy and the fight against terrorist and criminal activities in each country. The issues of e-evidence and of access to and use of digital information by judicial and police forces for trials are among key points. The first important problem to arise is that of cross border data requests for e-evidence. This apparently simple technical issue triggers a series of problems directly related to sovereignty and the rule of law in the digital age. The Council of Ministers of the EU in June 2016, stressed out the significance of improving the effectiveness of criminal justice in cyberspace. In its conclusions, the Council provides a starting point and the paper seeks to answer several questions: What are the main challenges that EU and member states face today when they collect eevidence? How are they tackling these issues (explained through case studies)? Can an EU common framework provide solutions to solve these problems? Therefore, law enforcement authorities should be able and supported to effectively conduct investigations against terrorist acts and terrorist groups using the information and communication technology. But, there is an issue of territorial jurisdiction, because of the internet and its no-border nature. Questions arise regarding the data that could be used as evidence in courts and the judicial cooperation, as well as the privacy protection of citizens. The paper concludes that EU should adopt a common framework defining “e-evidence,” what is a “service provider” and what it means to be “offering services in the EU.” To make judicial cooperation more efficient, the EU should make clear the application of the principle of mutual recognition. Once clear guidelines are established, every single actor in the game must do his part and play according to the same rules. Trust between law enforcement agencies, judicial authorities, users, civil society, service providers, and EU member-states must exists