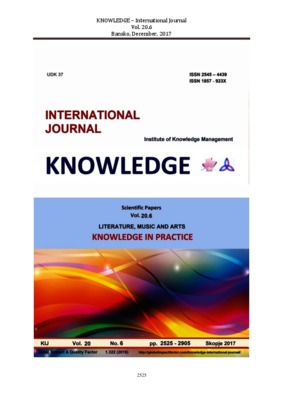 Theories of foreign language learning and/ or acquisition

This paper provides an overview of the theories of foreign language learning and/ or acquisition. It initially makes a distinction of the notions of acquisition and learning by presenting the attitudes of several linguists on the issue. It further offers commentary on the various interpretations of these notions. Psychological and linguistic approaches will be discussed in order to identify and define these interpretations, such as structuralism in linguistics, behaviourism in psychology, cognitive psychology and transformational- generative grammar. The common theoretical approach of both structuralism and behaviorism resulted in a theory of learning, known as the audio-lingual habit theory. According to this theory, learning a foreign language, as any other form of learning, represents a process of acquiring and forming habits, while not making a distinction between the processes of acquisition of the mother tongue to the one of learning a second or foreign language. The paper further discusses the attitudes of the nativists, which offer a contrasting description of the process of learning, i.e. acquisition of language. According to the Nativist Theory of Language or the transformational- generative grammar (or simply generative grammar), there is an innate ability to learn a language i.e. a Universal Grammar that is the base of language knowledge, common for all languages. The cognitive approach in psychology, on the other hand, gives advantage to the rationalistic approach before the empirical one, i.e. while comparing the language acquisition and language learning, it attends to the complexities of personality and emotions. This papers further focuses on Chomsky’s attitudes in his criticism of behaviorism as well as his opposite view to the process of learning a language. According to him, each person owns a Universal Grammar consisting of absolute, universal laws that apply to all languages. Lastly, the paper examines Brown’s, Rivers’s and Ellis’s conclusions and finalizes the discussion with the Krashen’s theory of acquisition and learning a language. This is the first theory that made an attempt to establish a connection among various factors in the process of learning a foreign language, starting from the influence of the age of the learners up to the disputable role of the teaching process. Krashen’s Monitor theory uses elements from the linguistic theory of foreign language acquisition, primarily Chomsky’s attitudes regarding the innate knowledge of a language, but it additionally includes elements from the cognitive theory, since it points out the importance of the distinctionbetween implicit and explicit knowledge while determining the dichotomy of acquisition and learning