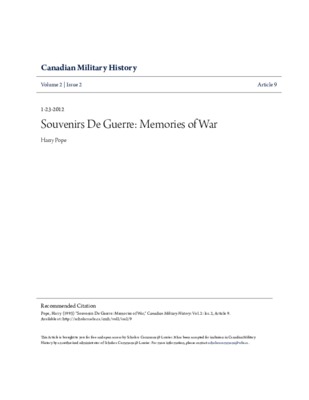 Major Harry Pople is one of the few junior officers to have written a detailed account of his service as a platoon commander in Italy. Originally written for the journal of the Royal 22nd Regiment, La Citadelle, his memoirs are presented as a commentary on more official accounts