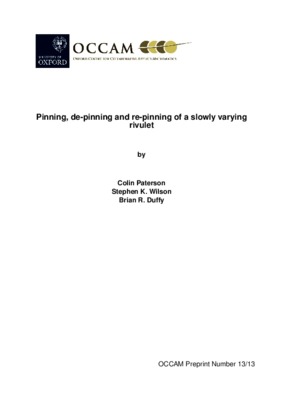 Pinning, de-pinning and re-pinning of a slowly varying rivulet