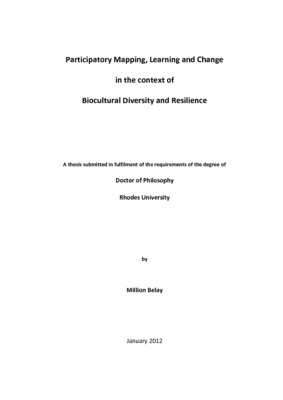 Participatory mapping, learning and change in the context of biocultural diversity and resilience

By Million Belay
Get PDF (5 MB)