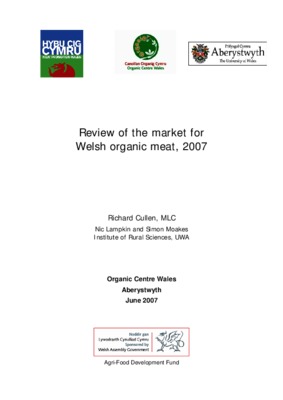 Review of the market for Welsh organic meat, 2007