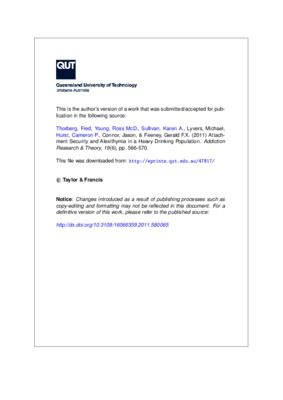 Attachment Security and Alexithymia in a Heavy Drinking Population