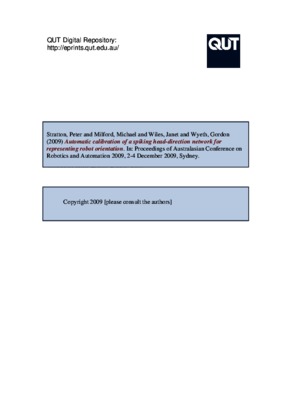 Calibration of movement tracking systems is a difficult problem faced by both animals and robots. The ability to continuously calibrate changing systems is essential for animals as they grow or are injured, and highly desirable for robot control or mapping systems due to the possibility of component wear, modification, damage and their deployment on varied robotic platforms. In this paper we use inspiration from the animal head direction tracking system to implement a self-calibrating, neurally-based robot orientation tracking system. Using real robot data we demonstrate how the system can remove tracking drift and learn to consistently track rotation over a large range of velocities. The neural tracking system provides the first steps towards a fully neural SLAM system with improved practical applicability through selftuning and adaptation