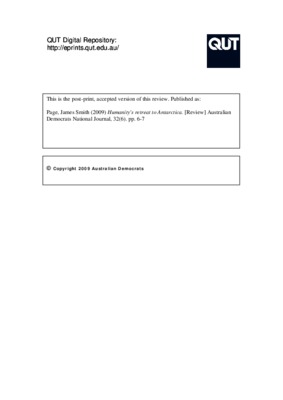 James Lovelock has been one of the most influential and controversial environmentalists of the modern era, and his lastest book, The Revenge of Gaia, is perhaps his most controversial. Lovelock foreshadows a bleak future of drastic temperature increases, due to global warming, with the prospect that only a remnant of humanity might survive in Antarctica. The work also entails an interesting commentary on environmental philosophy and politics. Lovelock (like Lord Taverne)is scathing about the shortcomings of eco-fundamentalism, notably evident with the Greens, and argues that instead what we need is a pragmatic environmentalism to deal with our global challenges