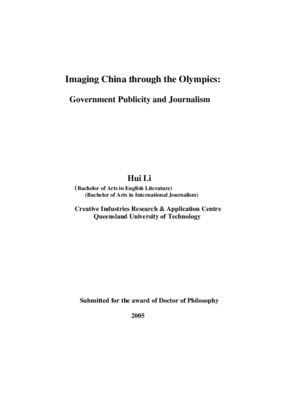 Imaging China through the Olympics: Government Publicity and Journalism