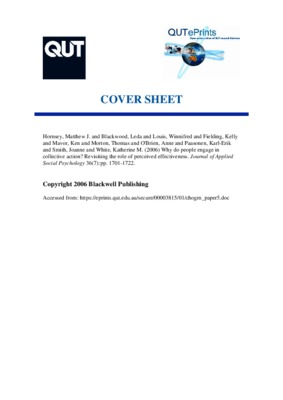 Why do people engage in collective action? Revisiting the role of perceived effectiveness